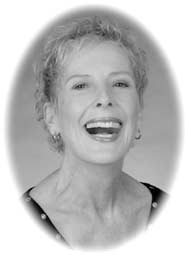 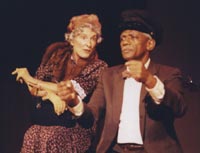 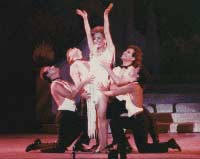 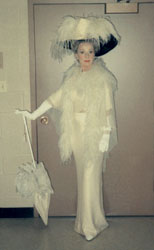 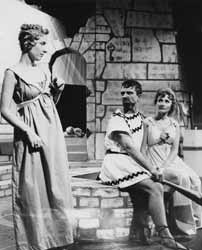 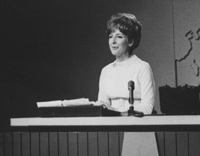 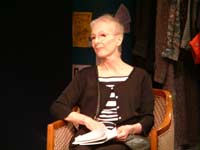 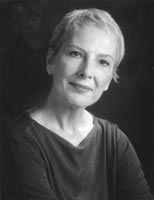 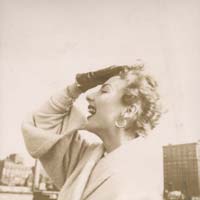 My grandma, Marji Dodrill, taught me many important lessons. She taught me how to take pride in my falls, and to recover from them. She started off my career in acting at the Marylin Bianchi Kid’s Playwriting Festival at Dobama Theatre. She also taught me to enjoy life. Not until she died last summer from a reoccurrence of cancer did I realize she was and will be the most important person in my life. – Max Krieger (age 12)

MARJI – If there is any one thing to say about Marji – and there never was just one – it is that she made everyone feel good about themselves. When you talked to her you always knew you had a friend. On stage with her you could feel your own star shine. No play was insignificant, no role too small and a supporting role was often more important to her than any lead. Family and friends came first in her life and a friend could always count on Marji. At age seven she wanted to be an actor. With the Curtain Pullers and Cain Park she practically grew up in theater, but then she moved to New York City to begin her work all over again. “It’s going to be a long hard process,” she wrote home to her childhood friend, “but someday we’ll be great –and you’d better hurry up and get here so you can be great, too.” It is so wonderful to know we have friends like Marji and can all be great together. That’s how Marji made us feel. – Everett Dodrill

…Often after work I’d stop at Nighttown and have a drink with brand-new Cleveland friends – like Marji Dodrill, who worked at Marcus and was vital in helping us do run-throughs of the Cash Explosion show in the office to make sure the game worked. She was one of the best actresses I’ve ever met, and after I settled here three years later I saw her onstage many times in such plays as Driving Miss Daisy, Medea, and The Perfect Ganesh. We remained friends until she eventually lost the toughest and bravest fight I’ve ever seen anyone wage against cancer. She was my personal hero, and I was flattered and moved that her husband, Everett, asked me to be one of speakers at her memorial service. (By the way, the Dodrill house and the Alexander house were used as settings in my future novels. In my first Cleveland book, Pepper Pike, my descriptions of my detective hero’s former home, the one in which his ex-wife still lives, is reminiscent of Marj and Everett’s place in Cleveland Heights….) Source: Les Roberts, Author, We’ll Always Have Cleveland

Pennsylvania Playhouse, Bethlehem, Pa. 1960, lead in “The Dark at the Top of the Stairs”

A Touch of the Poet, Deborah, Cleveland Play House

Much Ado About Nothing, Ursula, Actor’s Theatre Louisville

Comments Off on Marji Dodrill, Actress, Model, and Talent |

After the death of my mother, the late Cleveland actress Marji Dodrill, we came across one of her costumes while cleaning out the family house. A beautiful purplish-blue gown with hand-sewn beads. I called Cleveland’s Western Reserve Historical Society (WRHS) museum to see if they would like it for their permanent costume collection. Danielle Peck at the museum informed me that they, unfortunately, already had 18,000 articles of clothing in their collection! However, when I mentioned that the dress was worn in Follies, a play celebrating nearby Cleveland Heights’s 50th anniversary of Cain Park, and was designed and made by local fashion designer “Denájua,” she showed interest and said yes. They accepted the dress into their Lesbian, Gay, Bisexual and Transgender (LGBT) archives, as Denájua Couturiére is a member of that community. She notably designed and made six costumes for the production of Follies. The show was a Stephen Sondheim musical directed by Victoria Bussert.

The dress is currently on display (and looks gorgeous) in an exhibit titled, The Victory of Self Will Capture the Civil Rights Movement of Northeast Ohio’s LGBT Community, which was constructed in honor of the 9th Gay Games, in Cleveland August 9-16, 2014.

One of Cleveland’s most noted designers, Denajua, is a member of Cleveland’s Transgender community. She has been designing costumes for theater, dance and drama, as well as for individual clients since the 1980s.

According to WRHS, the exhibit will be on display during regular museum hours beginning July 20, 2014 and is anticipated to run through early January 2015. Access to the exhibit is free with the price of general admission to the WRHS History Center: $10 adults, $5 children ages 3-12, and free for WRHS members.

Costume for Phyllis in Follies, worn by actress Marji Dodrill, designed by Denájua.

Comments Off on On Display: Costume Worn by Actress Marji Dodrill, Designed by Denájua |