Paul Alfred Meunier (1906-1978) was an artist who worked in the lithographic printing industry. He came to Cleveland to study art, studying at John Huntington Polytechnic Institute and at the Cleveland School of Art. For 11 years, he worked at Cleveland’s lithographic mural and wall decoration business, Schmitz-Horning Company, which was co-founded around 1905 by my great-grandfather, Hugo M. Schmitz, and later run by my grandfather, Warren R. Schmitz, beginning in 1938. They employed many area artists. During the time span that Paul worked there (1927-1938), Hugo Schmitz served as president and Warren as vice president. Two of Paul’s uncles also worked at Schmitz-Horning, Ovid (Otto) Meunier for 25 years, and Laurence Meunier (Ovid’s brother) for 7 to 10 years.

In 1938 he became owner president of R.E. May Inc. (after being established in 1937 by Richard E. May and following his unexpected death), a litho plate company located on E. 24th Street in Cleveland, until he sold the firm in 1977. The company is still in existence today. A favored Schmitz-Horning western mural (a small-scale version) was displayed in his office reception area, entitled Wells Fargo, a wall covering pattern that is in the collection of the Western Reserve Historical Society (Cleveland History Center). It was possibly donated to them by Paul Meunier.

I myself worked in the printing industry as a graphic artist in Cleveland in the late 1980s/early 1990s, and we would send negatives to R.E. May for printing plates. They had an excellent reputation even then, but I was unaware of the company’s history or the connection to my ancestors.

Originally from Hunting Valley, Ohio, Paul A. Meunier had a home studio in Gates Mills, and enjoyed painting and creating prints from nature and wildlife. He specialized in painting horses owned by residents of Gates Mills and Hunting Valley. Many of his paintings hang in the Chagrin Valley Hunt Club. He was trustee of Gates Mills Historical Society, and created historical maps of the area. He wrote, illustrated, and published the book, History of Gates Mills, Ohio 1805-1976, as well as contributed illustrations to several other books. One of his paintings hangs in the chamber room at Gates Mills city hall. He showed his work at the annual Gates Mills Art Show, and a special juried award was established in his name, for the art best representing life in Gates Mills.

He served in WWII as a lieutenant colonel.

His great-grandfather was noted Belgian painter and sculptor, Constantin Meunier, who has work owned by the Louvre. 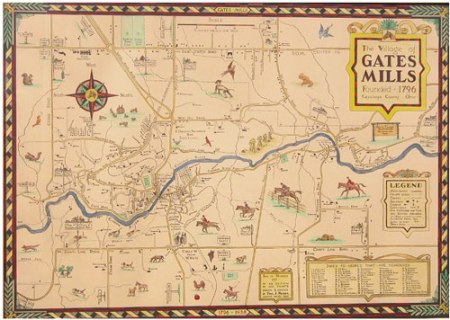 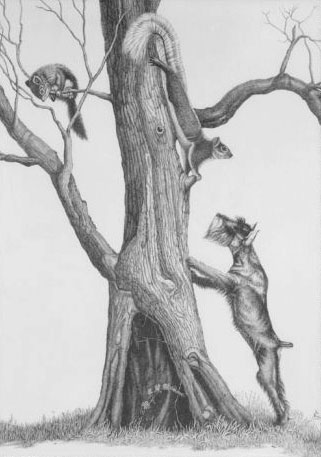 This entry was posted on Monday, August 22nd, 2016 at 3:11 am and is filed under art, art exhibit, artist, auction, Cleveland, cleveland institute of art, cleveland school of art, google, mural, Painting, print, schmitz-horning company, sculpture, Uncategorized. You can follow any responses to this entry through the RSS 2.0 feed. Both comments and pings are currently closed.